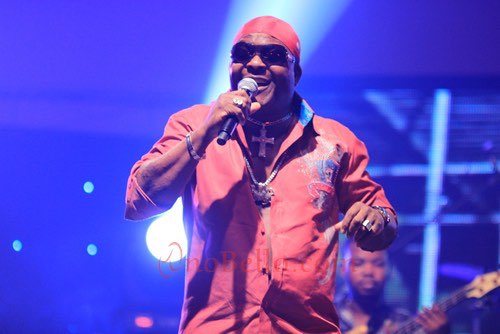 Shina Peters & His International Stars released first album Ace (Afro-Juju Series 1) in 1989. The album which was released under CBS Records of Nigeria went double platinum and was the career breakthrough that catapulted Peters back into the limelight. "Ace" produced by Laolu Akins is a musical fusion between Juju and Afrobeat; a rhythmic collaboration which pierced Ethnic, Cultural and language barriers in Nigeria. Afro juju musical style mixes fast percussive beat with the use of electronic keyboards, saxophone and guitar.[1] Some of the lyrics in the album especially in 'Ijo Shina' were quite racy for the period.[1] The album went on to garner awards for Peters including the artist and album of the Year at the Nigerian Musical Awards.[1] He followed 'Ace' with 'Shinamania'; the album had singles such as 'Oluwa Yo Pese', 'Omo Bo' and 'Give our women Chance'.
Shinamania was released in 1990.
Shina Peters - Shinamania

Shina Peters Sh... has been downloaded!
WHY DON'T YOU CHECK OUT OUR TOP20 UPCOMING HITS