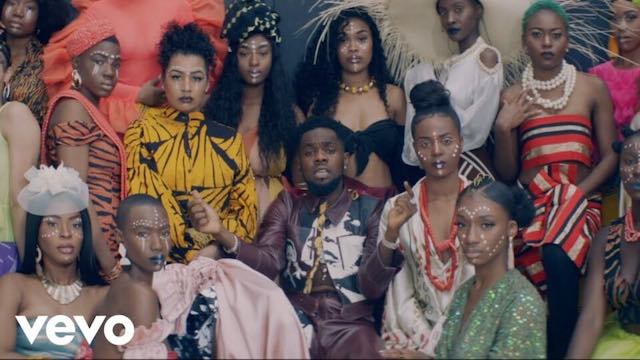 Following the release of the audio few hours ago, Patoranking premieres the visuals to the second single off his well-anticipated sophomore album titled “Wilmer”

In the video, Patoranking pays an ode to the legendary Fela Kuti recreating one of his many pictures surrounded by his infamous Kalakuta queens who played a massive role in his rise. Shot in London, the video is directed by regular collaborator Luke Biggins. ‘Lenge Lenge‘ is available on all platforms and ‘Wilmer’, the album is out on 24 May 2019.
Patoranking - Lenge Lenge

RUNER BOY - TAPOUT
Audio This is a motivational rap, brought to you by a Ghana based Nigerian rap star Runer Boy. W...

JUMBO - BENJI SHORO
Audio Benji Shoro came through with his first song of the year 2020 titled “JUMBO“ After an...

Patoranking Len... has been downloaded!
WHY DON'T YOU CHECK OUT OUR TOP20 UPCOMING HITS